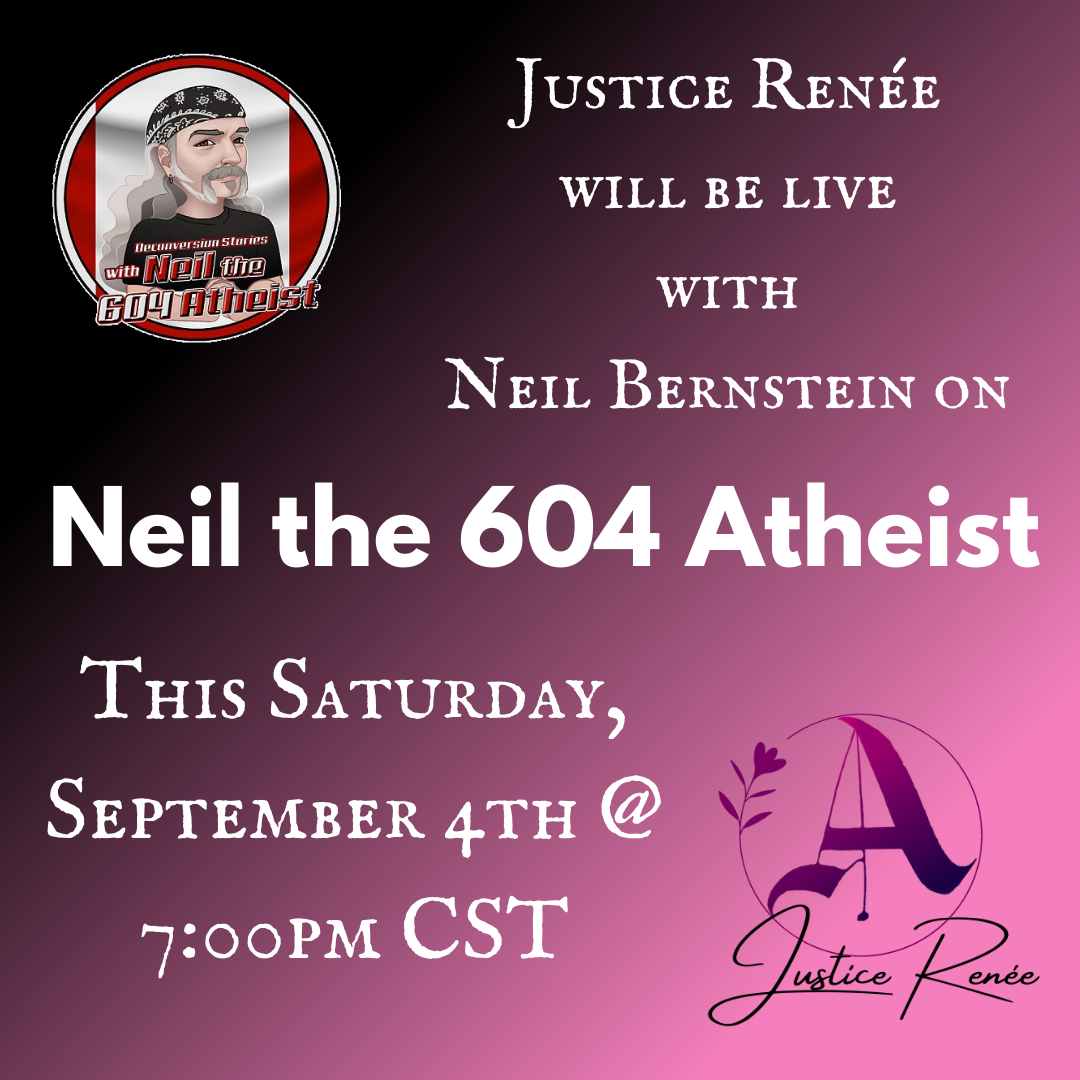 Justice Renée will be sharing her "Deconversion Story" On Neil the 604 Atheist this Saturday, September 4th @ 7:00 PM CST.  Live stream will show in the Youtube embed below.

Justice Renée, born trans-female, was raised in a Fundamentalist Evangelical Home.  Her father was a leader in the Young Earth/Creation Science movement in Utah and surrounding states through the 80s and 90s.  She was taught through shame to hate who she was.  Justice dedicated her life to further Christianity at an early age and began ministry work with her church, AWANA, and CEF by 13.  It was her plan to die in service to her god before the age of 35 hoping to be forgiven for who she was.  She went on to get Bachelor of Arts in Biblical Studies with a Missions Emphasis from Frontier School of the Bible, was Youth Pastor in Nebraska, worked at Christian Camps, and a CrossWorld Missions Candidate preparing for missions in Thailand.  In 2009, responding to the Housing Crisis, she founded “Tears of the Patriots”, a Tea Party Group connected with Libertarian and Christian Nationalist Groups.  Due to a myriad of reasons, Justice re-examined her belief system over a period of 7 years ending with leaving the church.  She opened to her partner about her gender issues in 2019 and transitioned in 2020.  Currently, Justice Renée works as a Systems Engineer at Target, helps amplify diverse voices through Secular North Productions, and raises her two kids with her partner in a co-housing community.  She shares her story with others to give hope and move communities forward through the “Din of Conversation”.  She found freedom in acceptance and a path forward from the hate.  Stepping out from behind the camera, Justice Renée has opened up in a more public way to build connections with others and amplify the "Din of Conversation".

In Depth – Discussion and Debate